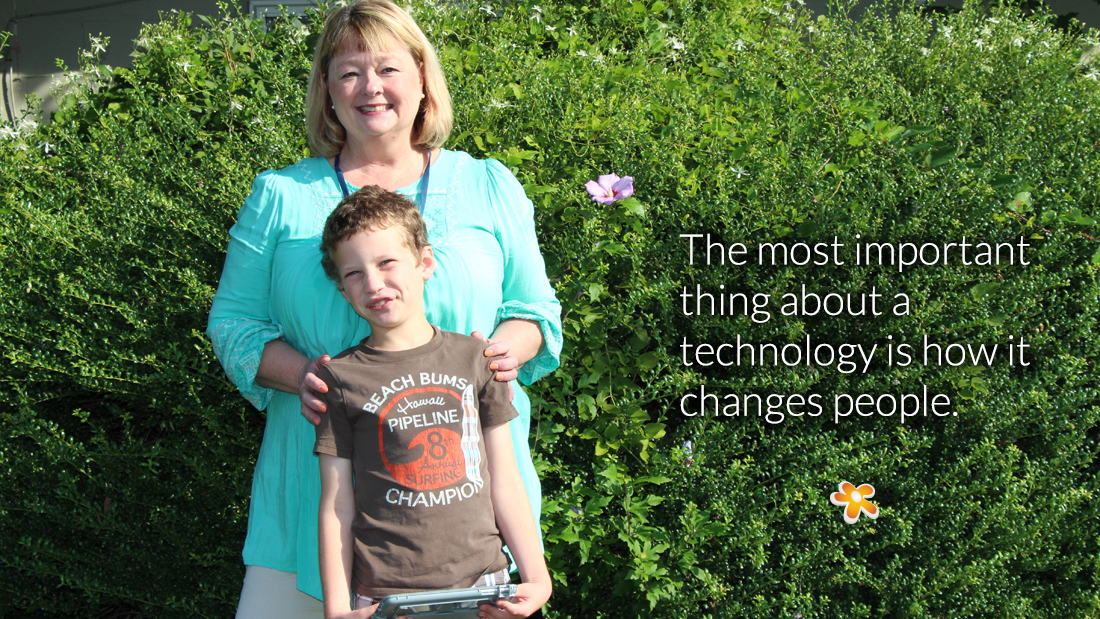 Carolina Pediatric Therapy team of therapists are one of your child's biggest advocates. Going beyond just therapy, by constantly helping our children and their families soar and accomplish great things. For Justin, it was to aid him in receiving assistive technology, to improve his quality of therapy and life.

Justin is a “hard working little boy, who creates fun and joy in everything he does. He always gives 100%,” says Myrna, his speech-language pathologist, when asked to describe this energetic little boy. Diagnosed with Apraxia, he receives speech therapy services weekly from Myrna. Apraxia is a speech condition, where a person finds it difficult to create certain sequence of movements required for speech even though their lips, tongue, palate, and jaw are intact. As technology becomes more and more part of our daily lives it is no surprise that iPads and other tablets are becoming beneficial tools for therapists to use during sessions. Justin uses several iPad apps during his sessions with Myrna, that help increase his sound knowledge, and are valuable tools in his overall speech plan.

While reviewing some articles online about Apraxia, Myrna came across the Childhood Apraxia of Speech Association of North America (CASANA) iPads for Apraxia Project. After a study in 2011 on the benefits of the iPad with children diagnosed with Apraxia, CASANA developed their iPads for Apraxia project. The goal was to give iPads and protective cases to families who had a child with Apraxia, who could not afford it on their own. Since 2011, CASANA has given over 215 iPads to deserving girls and boys with Apraxia. The application process is not an easy one, but after discussing it with Justin’s family, they decided to apply. Less then two months later, Justin was approved and received his very own iPad.

Not only will Justin’s new iPad be used at home, but with his school therapists as well. Now Myrna, Justin’s parents, and his school therapists can use the iPad and apps for speech practice in all three settings. This allows Justin to get more consistency, which can lead to faster and better improvements. One thing for sure is that Justin, his family, and his therapists are all excited for this opportunity.

Schedule your infant, child, and teen for an evaluation today and see how a therapist can help your family.
Call (828) 398 0043 or click on the schedule button.
Schedule Today
Assistive TechnologyEarly Childhood InterventionSpeech TherapyEquipmentApraxiaSpeech Therapy Share On

The Importance of Early Intervention