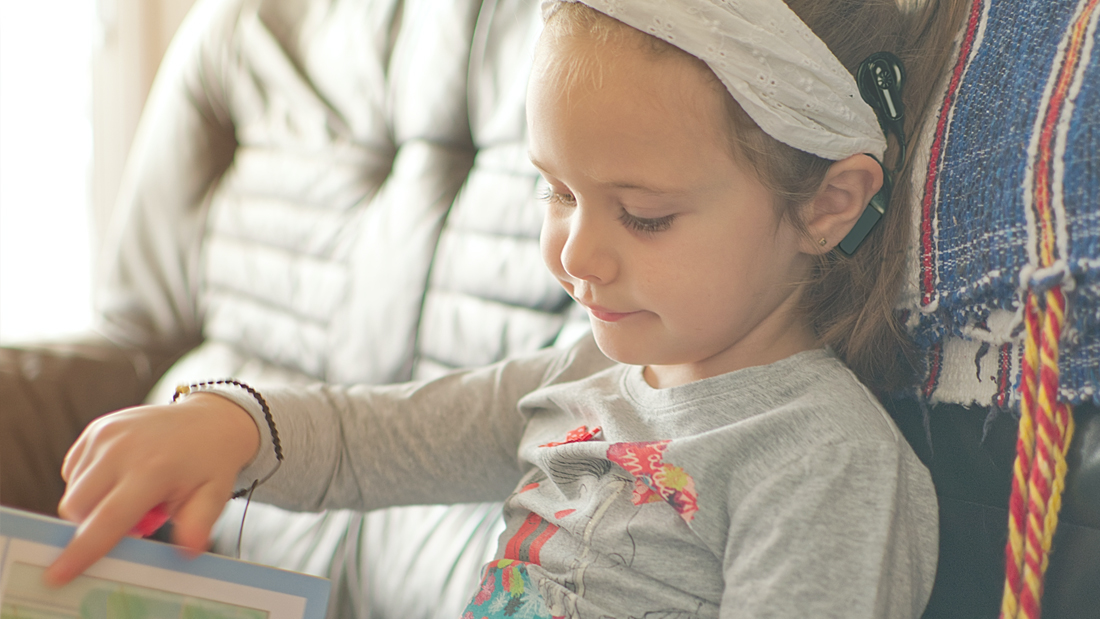 A cochlear implant is an electronic device that improves hearing for those individuals able to benefit from it. This device differ from traditional hearing aids in application as well as function. Cochlear implants focus on enabling oral communication through face-to-face, and even telephone calls.

While hearing aids are worn outside the ear, cochlear implants consist of an external piece as well as a small device surgically placed inside the inner ear, or cochlea. While the hearing aid works simply because it increases the intensity of sound, cochlear implants disregard damaged parts of the ear and directly affect the nerves associated with hearing. The cochlear implant is comprised of three parts: a microphone and a speech processing device, both external parts worn behind the ear, and the surgically implanted electrode.

Once the cochlear implant is in place, sound waves enters the microphone from an individual’s environment. Those waves are transmitted to the speech processing device, which selects communicative sound, changes it into electrical impulses and organizes it for use by the brain. The internal electrode receives these impulses and sends them to the brain, which recognizes the impulses as actual sound.

Essentially, the cochlear implant replaces the damaged part of the ear in a person with hearing loss. A healthy inner eat converts sound waves into electrical codes which the brain can interpret. The cochlear implant performs this function.

The first step to the successful use of a cochlear implant is assessing a person’s eligibility. Certain criteria make the implant more beneficial to some people than to others. To begin, although there are several types of hearing loss, the cochlear implant works only for those individuals with sensorineural hearing loss. Sensorineural hearing loss occurs when the inner ear or auditory nerve does not function properly. Individuals with this type of hearing loss experience problems with pitch. They hear certain pitches better than others.

For this reason, traditional hearing aids, which just increase sound volume, do not improve some people’s ability to hear. Hearing aids distort sound for wearers with sensorineural hearing loss, and so the improvement experienced is marginal, if existent. A different device is needed.

The cochlear device does not create sound identical to the sound heard by individuals without hearing problems. Because the implant receives, converts and transmits sounds in order to bypass the damaged nerves within the ear, alterations to actual sound can occur. Nonetheless, the implant gives many people with hearing problems the ability to communicate normally, something often taken for granted. Still, because of said alternation to actual sound, those adults experienced with the world of sound that is, those not born deaf often benefit more from the cochlear device. They take what knowledge and understanding they already possess and apply it to the sound produced by the device. For those without a foundation in hearing more time is needed for adjustment to a sound-filled world. Children, in particular, require extensive rehabilitation.

Children deafened after learning oral language have an easier time adjusting than those deafened before mastering oral communication because they can apply sounds created by the device to what they remember about sound.

However, children are excellent candidates from implantation for several reasons. For one, they have healthy and sensitive central nervous systems that can adjust to changes inherent in implantation more readily that those of adults. If the cochlear device is implanted before a child begins to learn language, he or she can begin to communicate under the circumstances of the device without having to relearn the characteristics of their world later on.

Implanting the device in the ear of a child already accustomed to, and capable of, non-hearing life sometimes requires an unnecessary amount of postoperative therapy. Thus, implantation achieves the best results the earlier it is performed. All individuals who receive a cochlear device must receive continual follow-up so that they learn how to deal with new sounds and tune the device properly.

In general, the cochlear implant is an innovative device for those with hearing loss, but like all health-related issues, deciding if implantation is right for you or your child requires serious consideration. Many different issues can affect one’s decision, and conference with professionals in the field is important. Research surrounding cochlear implants based on those individual already implanted continues today.

Summary:
The cochlear implant is a relatively new hearing improvement device different from the traditional hearing aid, which simply amplifies sound. Sound waves are picked up by a small microphone wore behind the ear and turned into electrical impulses by a secondary device. A third part, which is surgically implanted into the inner ear sends these electrical impulses to the brain, which recognizes them as sound. The cochlear implant benefits some individuals more than others, and the best results are achieved when implantation occurs while individuals are still young children. Significant therapy is required after the implantations so that patients can adjust to their new-found sense of hearing and thus communicate orally.

Schedule your infant, child, and teen for an evaluation today and see how a therapist can help your family.
Call (828) 398 0043 or click on the schedule button.
Schedule Today
new-found sense of hearingSound wavesHearing Losshearing improvement devicecommunicate orallyinner earPediatric Cochlear ImplantsCochlear Implants Share On

Hearing Loss in Children and the Journey