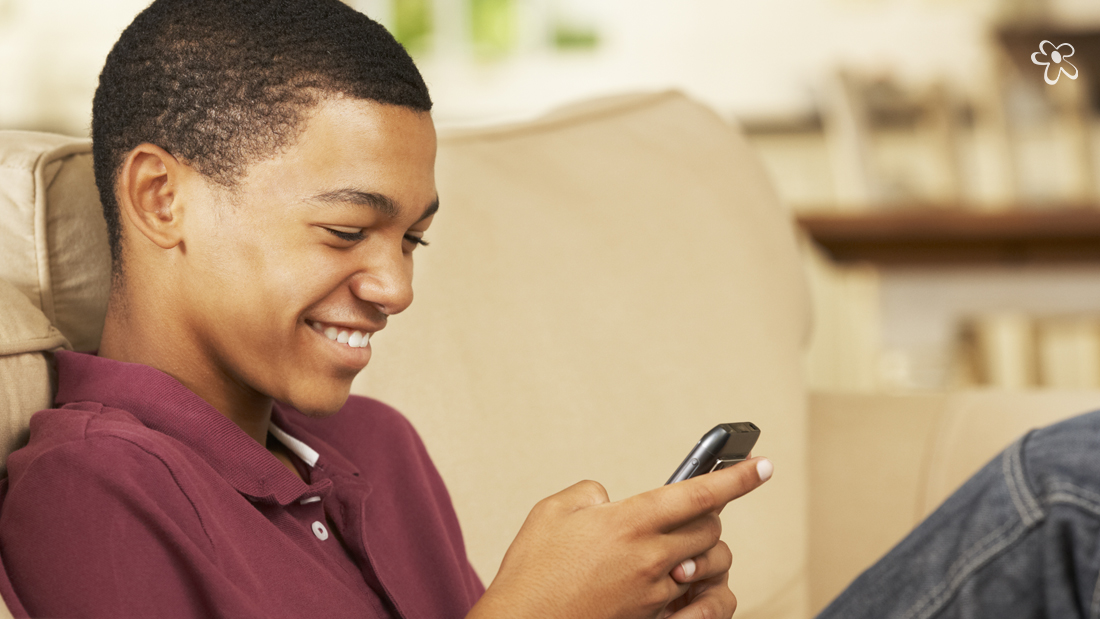 A Parent's Guide to All Things Social Media 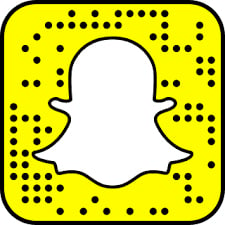 Features: Communication tool for sending messages, pictures, and videos directly to other users. As well as, posting ‘stories’ for all friends to view.

Snap Streaks: Denoted by the fire emoji next to another user’s name means that the user has been sending snaps back and forth for the past three consecutive days.

Snap: A picture or video sent to another user. These photos disappear after a few seconds and can sometimes be replayed depending on the setting.

Chat: Messages sent to another user.

Filter: Used to edit and change the appearance of a photo.

Notable issues to consider: There is speculation about whether these photos are actually deleted or whether Snapchat keeps the photos. Some sources state that media sent through the app is kept for up to 30 days. It is popular for users to send nude pictures through the app because the snap typically cannot be viewed again. However, it is important for parents to talk about the potential consequences of sending these types of photos. Other users can screenshot a snap and save it to their phone. Users can also view the connections between other users. One user can easily view the ‘relationship’ between other users. Emojis are used to denote status. This can lead to unnecessary drama and conflict particularly among younger users. Users can also access stories posted by news entities with graphic or sexual content such as Cosmo or news stories about shootings. Any user can access these stories without having to search them out.

Features: Multiple ways for users to connect with other known and unknown users.

IGTV: Live streaming of media that is somewhat unmoderated. Most videos roll into the next video unless the user clicks out of this feature. Users can easily get sucked into hours of media consumption.

Stories: Short clips or pictures documenting more personal and less curated experience. Often these are more “funny”. Users can ask their followers anonymous questions, reply, and post the replies. This can quickly turn into drama or “shade.” The stories only stay posted for 24 hours unless the user decides to keep the stories documented on their profile.

DM’s: Have you ever heard the term “sliding into those DM’s”? This is slang for flirting with someone through the direct message feature. Pictures sent through DM can immediately disappear, last for a few seconds, be replayed, or saved forever. This feature makes it easy for nudes and sexualized pictures to be sent discreetly. Many users prefer to communicate with friends or potential new relationships through this feature.

Posts: These are the pictures or videos that you can scroll through on your feed. These are typically curated to look beautiful or peak other’s interest. This is typically the ‘best version’ or representation of the person. Other users can like, comment, or DM someone through a post. Many users are greatly impacted by the amount of likes or comments they receive on a post.

Explore: The explore page is created by a matrix to offer users other posts that they may be interested in depending on what they view and like. This can lead to exposure to posts that the user did not intend or wish to see. This can include sexualized and sometimes pornographic content, even though Instagram prohibits nudity.

Finsta’s: Many teenagers have a “finsta,” or fake instagram page, that it used primarily for close friends. The page is typically private and kept from parents or other users. Finsta’s give the user privacy to post more risque, quirky, or random pictures that they only want to share with a few people.

Instafamous: Instagram has given users a platform to earn money through paid advertisements and become “famous.” An instafamous model portrays fit bodies, curated outfits, vacations, and experiences, perfect makeup, and relationships. This can cause users to feel insecure that they cannot live up to these photoshopped expectations. 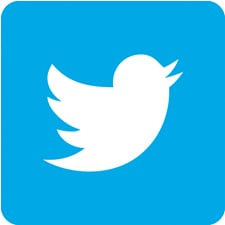 Tweets: Posts limited to 280 characters that can be liked or “retweeted” by other users. Many users aim to make their posts either funny or “viral”. A tweet goes viral when numerous users retweet it. Tweets are visible to the public, even non-users unless the setting is changed by the user.

Subtweet: Refers to mentioning someone, typically maliciously, without ever directly stating their name. Can often lead to cyberbullying or unnecessary drama.

@: This allows you to tweet directly to another user. Some users may post “don’t @ me,” when they are fed up with drama, subtweeting, or direct conflict.

Hashtags: #’s are used to group together topics of interest. Some users to choose to include hashtags in their post to increase their exposure to other users and possible retweets.

Trending topics: Every user’s sidebar includes an updated list of topics that have been “trending” or popular among other twitter users. Many users get their news and information through these trending topics.

Twitter polls: allow users to interact with and vote for different topics posted by another user. 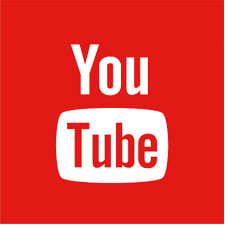 Features: Videos that cover infinite interests. This has become a main source of media consumption for many. Gen Z typically prefers YouTube over traditional television.

Videos: Users can post videos for anyone to view. Videos can vary in length. Some contain ads. Videos can vary in format some include how-to, guides, hacks, music videos, comedy shows, recordings of events, personal vlogs (video blogs), and many more.

Channels: A channel is the homepage to a user’s account. Users can create a channel that stores their videos. These are customizable. Other users can ‘subscribe’ to channels to follow updates.

Vloggers: A ‘vlogger’ or video blogger, is a user that posts videos to their channel. Many young people aspire to become a famous YouTuber because of the recent explosion of popularity.

Kid’s YouTube: There is a section of the site catered towards kids which states that it has kid friendly content. There are some videos that contain inappropriate material. Recently, the horror character ‘Momo’ appeared in many videos shown in the Kid’s YouTube page. 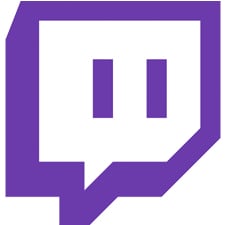 Features: Live videos of gaming content. Users can watch others play a variety of video games. It is an interactive social experience because streamers can give commentary while recording their video and users can comment in real time. These videos can be saved to be viewed later.

Twitch Streamer: A user who broadcasts their videos for others to view and comment on. Streamers can accrue followers.

Twitch Affiliate or Partner: A Twitch Streamer that can make money by producing content. Affiliates or Partners can accrue subscribers.

Cheers: a way for users to show their support. A cheer is bought through the app and can be sent to a streamer. Streamers earn $1 per 100 cheers. 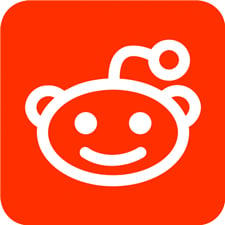 Features: A collection of forums providing users the ability to connect with a community sharing similar niche interests. All content is user generated.

Subreddit: A community that covers different topics. Denoted by “/r/___”. Any user can create a subreddit.

Mods: “Moderators” manage the subreddits, ensuring that they are following the site’s guidelines. They can edit, remove posts, content or users.

Karma Number: Every account accrues ‘karma’ indicating an increase or decrease in standing or popularity.

Features: Short videos that users and nonusers can view. These videos can quickly go viral. Users can amass followers, likes, and views depending on the likability of their content.

Deuts: Users can reply to a posted video with their own response video.

Notable issues to consider: There have been many reports of underage users being asked to post inappropriate content or give personal identifying information. It is easy for users to mask their identity and pretend they are younger or older than they are. 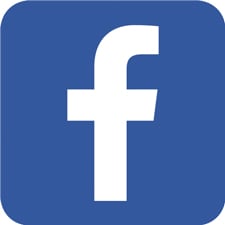 Features: Short videos that users and nonusers can view. These videos can quickly go viral. Users can amass followers, likes, and views depending on the likability of their content.

Deuts: Users can reply to a posted video with their own response video.

Notable issues to consider: There have been many reports of underage users being asked to post inappropriate content or give personal identifying information. It is easy for users to mask their identity and pretend they are younger or older than they are.

Schedule your infant, child, and teen for an evaluation today and see how a therapist can help your family.
Call (828) 398 0043 or click on the schedule button.
Schedule Today
Behavioral HealthYouTubSocial SkillsSnapCatchTwitterBullyingRedditTwithparent guidesocial mediaFacebookCarolinaPedsTik TokInstagram Share On

The Superpower of Positive Parenting